Overheard in the Produce Aisle......

The other day I was working in one of our stores when one of the Team Members came up to the new Store Team Leader and said, "There's a Customer over here looking for the Store Manager". Most of the time, that means somebody isn't happy, and it's the Team Leader's job to "Fix It". This Team Leader, wiser than his years, knows how to deal with customers. Trevor had been the Team Leader at this store for only a couple of weeks, but he knew just how to handle the situation. As he approached the obviously unhappy shopper, she proceeded to tell him that she had just moved to this area and couldn't find five things in the store that we stocked in her former location. Trevor turned the conversation around to a positive one, stating that he too had noticed that the store was missing some standard items. He jokingly said, "It's a good thing you didn't get here last week. That was my first week, and this store has been without a Team Leader for a few weeks. I noticed, too, that we were out of quite a few things. We've been working on getting everything back in stock again."

As the conversation ended, the customer was smiling, understood the situation and was looking forward to coming back, probably to see if Trevor would make good on his promise! She and the new StoreTeam Leader have "bonded". I am pretty sure that this new customer will be a loyal one, thanks to Trevor's sincere and friendly attitude!


The moral of this story? It's not the situation itself, but how we handle it that really matters!


Trevor really did make both their days- and mine, "Great Ones"!

Steve
Posted by Steve and Linda at 2:26 PM 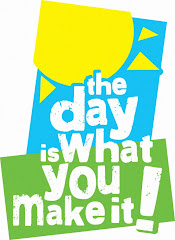